The cheesecake from Chef Chef Koji Tamura's Mr. CHEESECAKE in Tokyo has a lovely creamy texture that is similar to a creme brulee. It's flavor has notes of lemon and vanilla, and because of all the creams is a very indulgent dessert. It does not require any crust or toppings and is very simple to make.

When I first attempted this cheesecake, I was surprised that the outcome was a very flat piece of cheesecake in the shape of a rectangle, barely reaching an inch high. This is because the standard rectangular cake pans used by chefs in Asia are not easy to find here in the US. In fact, finding the measurements for that exact pan was difficult - I had no idea on the depth or width, only that it was called a "22cm rectangular cake tin" on Mr CHEESECAKE's website. 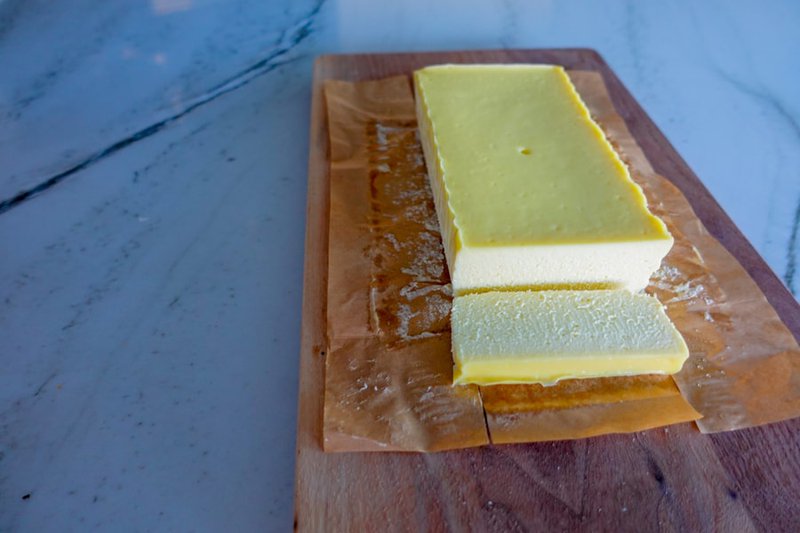 Baking in the wrong pan creates the incorrect texture and was likely why my initial cheesecake was quite pale. I have since converted the recipe to fit inside a standard 1-pound loaf pan, which you can get at any US store. (You know, it's the one that you've been baking your banana bread in all these months.)

The exact loaf pan that I use in this video is the Chicago Metallic Brand.

Now my tops are not as browned as the original cheesecake, and I have a feeling that it may have to do with convection. I do not use convection setting to bake this cheesecake, as is typical of all cakes I make. I find that convection is a bit too strong and will brown the tops and sides of my cakes before the internal portion of the cake has baked properly.

That doesn't mean that I won't try at some point though... 😏 because we could all use more cheesecake in our lives right now.

How to eat and store Mr. CHEESECAKEs

So the Chef that wrote this recipe wants you to try this cheesecake at three temperatures as you can experience different tastes and textures with each.

Apparently, notes of lemon and cream will be different at various temperatures. I wonder which one will be your favorite?

The wonderful thing about this cheesecake is that it can be frozen! Freeze the entire or portion of this cheesecake by wrapping tightly in plastic wrap, then place in a freezer ziplock bag. Will keep for a few months for a reminder of what you made in the previous months.

If you'd like to check out the original recipe from Mr. Cheesecake, it's right here.

My video tutorial is right here: 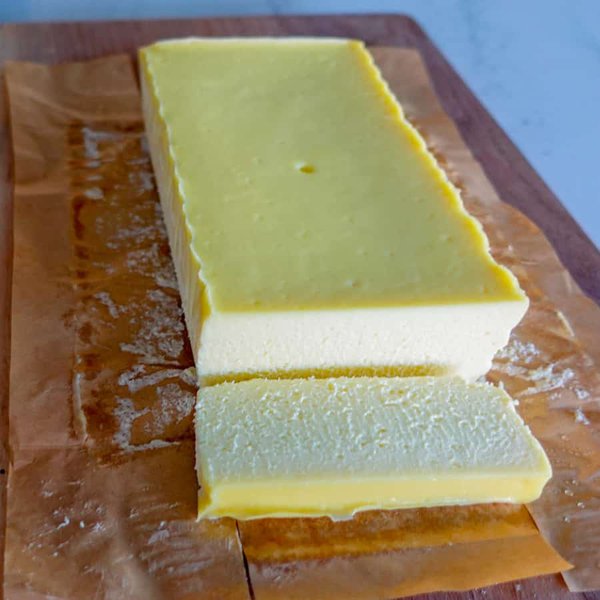 I'm gearing up for a monthly newsletter!

We'll be talking about baking news and stuff I'm working on for you. Sign up here to be the first to get it.